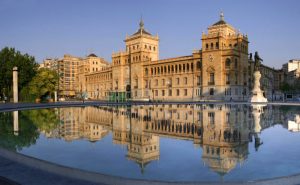 Aims and scope of HLPP

As processor and system manufacturers increase the amount of both inter- and intra-chip parallelism, it becomes crucial to provide the software industry with high-level, clean, and efficient tools for parallel programming. Parallel and distributed programming methodologies are currently dominated by low-level techniques such as send/receive message passing, or equivalently unstructured shared memory mechanisms. Higher-level, structured approaches offer many possible advantages and have a key role to play in the scalable exploitation of ubiquitous parallelism.
Since 2001, the HLPP series of workshops/symposia has been a forum for researchers developing state-of-the-art concepts, tools and applications for high-level parallel programming. The general emphasis is on software quality, programming productivity and high-level performance models. The 10th Symposium on High-Level Parallel Programming and Applications will be held July 10-11th in the cultural city of Valladolid, Spain.

HLPP 2017 invites papers on all topics in high-level parallel programming, its tools and applications including, but not limited to, the following aspects: